Introduction
Being born in May, there’s something ubiquitous about rain in my life. I don’t think it's a coincidence that Vancouver is one of the rainiest cities in North America. When I was born there was also a rain storm coming down on the highway as my parents took me home from the hospital. On paper, it looks great because my birthday comes a month after Qingming as well, so that death can transition smoothly into life. April showers bring May flowers. 好雨知时节, 当春乃发生。To double down on it my parents even named me 澍 (shu4). Timely Rain.
But what if the rain didn’t bring life? What if it just kept on… raining? What if there’s a storm? What if it floods?
Mid-May of 2013, just a week after my 19th birthday, James, my brother, and 奶奶, my Paternal Grandmother, each of whom I cherished greatly and who were part of my upbringing passed within days of each other. James was swept away in a river, and Grandma had developed cancer in her lungs.Stuck in the middle of nowhere on a language exchange in Quebec, I declined going home for the back to back funeral processions. I decided to take that news and bury it. None of my closest friends would know, my parents thought I was being cold, and my ex unrelentingly questioned why I was so emotionless.
At the time, I felt wrong and even guilty, because I thought grief and loss could only be expressed in a certain way, while I only felt numbing and expressed silence.
“Shouldn’t I be crying? Shouldn’t I feel sad? Didn’t they mean something to me?”
I tried to offer my mind almost an infinite number of different excuses to rationalize it but each time none of them made sense.
I understand now that I was afraid to come to a resolution. Afraid of putting the pieces of myself that I had left behind, back together. I was over protective of the memories of them while never having processed them. As if those memories themselves were living and fragile and had to be tucked away. This is all to say that in the end, I think I was the one that probably needed protecting the most.
In popular culture, spirits that have regrets never move onto the next world. They wander aimlessly and drift around their past lives because their internal strife remains unresolved. I think similarly, I felt that I could not move on. My numbness never allowed me to process what occured. And that’s why I decided to write this. I wanted to write so I could recall a little more of what we tried to collectively forget. Both the good and the bad. I want to make up for the time lost... so it can all make a little more sense.. to remember just a little more… To hold space in my heart for the memories of Grandma and James... So that now, I can wear my heart on my sleeve, living authentically as possible in truth. What I really want to say is, I remember you James. I remember you, 奶奶. And I promise I won’t forget.
For James 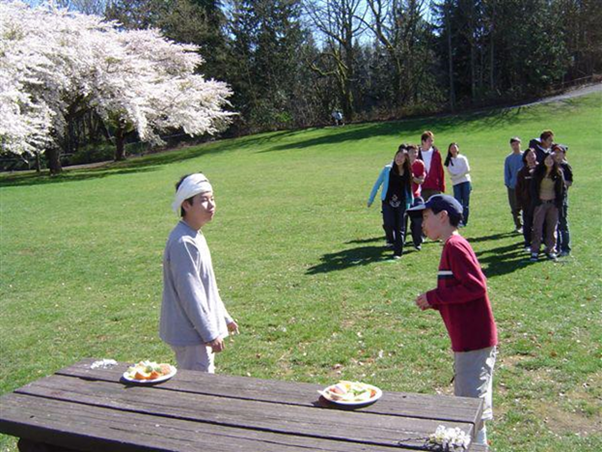 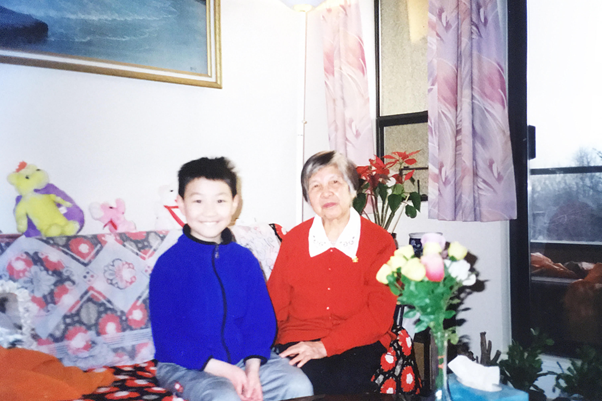 I remember your permed afro (your natural hair I later learned was extremely frizzy), wrinkled skin, and hook shaped nose. Wearing your jade bangle, your gold cross necklace, and colourful clothing. With a soft voice that pronounced my name like “買修”. Your apartment was a single bedroom social housing unit, which had acted as refuge to all the men in our family at some point. When my parents were fighting, when my Father had a restraining order placed against him, when my Brother was in college and couldn’t make it home from school because the last bus to our house was at 8:55pm. When we moved to Surrey you would take the 1 hour and 30 minute commute of the 26 to 29th ave. Station, then the Expo Line (carefully avoiding the Millenial Line) to Surrey Central. Walking another few hundred metres to Bay 12, taking the C74 to our house. All the little things.
I’m making it my goal to learn more about you. I learned that you provided for the family on your own as you learned how to sew in a garment factory in Montreal. I heard that at that job you eventually taught the other Chinese aunties how to sew and you took lead in introducing them to the job. I heard you beat all the other white elders in your building at bingo events. I learned you were deeply respected in your church. I learned that in your will you saved enough through OAS cheques to treat everyone at your own funeral to Chinese buffet. I learned that you hung around Chinatown with your friends and was planning to move there soon. I learned that Hunanese people were known throughout history for revolutions and their fire like passion. In Ancient times our people worshiped fire gods. Whose capital city successfully repelled three large scale Japanese siege attempts only to fall on the fourth. That you were from Liuyang, an area that produces the most fireworks in the world and that made sense to me because you were like a firework. Bold, radiant, unapologetic… People from all over the city, whether Changsha or Vancouver knew and felt your presence.